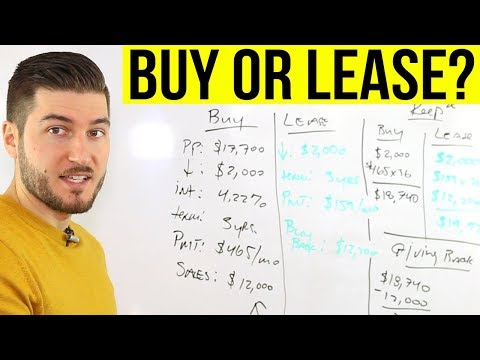 Good morning from the UK. For those people whose days blur into one another, today is a Wednesday. For any fellow Brits who haven’t realised yet, this Friday is Good Friday which means Monday is a bank holiday. 4 day weekend for us!
The UK and US continue to grab most of the global headlines - the UK due to the plight of its prime minister Boris Johnson (the TLDR there is that he’s still in intensive care, his condition is unchanged). The US is grabbing the headlines because of the sheer volume of cases / deaths in the country plus also for some of the quotes being given and actions being taken by President Trump.
Today’s round up is Guardian heavy. Sorry if you’re not a fan of them, I was pushed for time.

​
Coronavirus: UK will have Europe's worst death toll, says study - If you’re British like me this is rather frightening; the Guardian reports (Link) that “world-leading disease data analysts” (their phrase not mine) have projected that the UK will become the country worst hit by the coronavirus pandemic in Europe, accounting for more than 40% of total deaths across the continent. The Institute for Health Metrics and Evaluation (IHME) in Seattle predicts 66,000 UK deaths from Covid-19 by August, with a peak of nearly 3,000 a day, based on a steep climb in daily deaths early in the outbreak. The analysts also claim discussions over “herd immunity” led to a delay in the UK introducing physical distancing measures, which were brought in from 23 March in England when the coronavirus daily death toll was 54. Portugal, by comparison, had just one confirmed death when distancing measures were imposed. The IHME modelling forecasts that by 4 August the UK will see a total of 66,314 deaths. Spain is projected to have 19,209 deaths by the same date, Italy 20,300 and France 15,058. All three countries have imposed tougher lockdown measures than the UK. (Personal note for fellow Brits, 66k = a town the size of Paignton in Devon, Rochester in Kent, Loughborough in Leicestershire, Dewsbury in W Yorks or Washington in Tyne and Wear. I expect we will hear a lot more about this herd immunity and in particular Dominic Cummings once the pandemic ebbs away; Cummings will probably be thrown under the bus for it).
​
Fears of crisis in global car finance markets as owners seek payments help - Fears are growing of a crisis in the UK’s £75bn car loan market, where 6.5m vehicles have been financed through leasing deals with monthly payments that are already proving unaffordable for some laid-off as a result of the coronavirus says the Guardian (link). The Finance and Leasing Association (FLA), which represents the credit arms of the car manufacturers as well as the banks, said: “It’s early days in terms of quantifying the impact on arrears, but the number of forbearance requests has grown significantly in recent weeks.” Britain’s car market rests on billions in debt taken out by consumers, many of whom may now struggle to pay. Around nine out of 10 of the 2.3m new cars sold in a typical year in Britain are paid for using some sort of financing provided by an FLA member. The most common purchase method has been personal contract plans (PCP), where a buyer puts down a deposit and then rents the vehicle for two to three years at a monthly cost, typically around £250. Problems in the UK car loans market may pale into insignificance compared with the colossal scale of auto lending in the US, which totals $1.3tn (£1tn). Some of it has been securitised into bonds that bear echoes of “subprime” lending common before the financial crisis of 2007-08. Around $30bn of new subprime vehicle loans were issued in 2019, and there have been reports of some lenders verifying the income of just 8% of borrowers – whose loans are then bundled into bonds sold on Wall Street as an income stream for investors. However, the US Federal Reserve has already stepped in with a programme to support “asset-backed securities”, including bonds holding auto loans.
​
Trump threatens to hold WHO funding, then backtracks, amid search for scapegoat - The Guardian has written a critical article on Trump again, saying he hunted for a new scapegoat on Tuesday in an increasingly frantic attempt to shift blame for thousands of American deaths from the coronavirus, accusing the World Health Organization (WHO) of having “called it wrong” and being “China-centric”. Trump’s early inaction has come under renewed scrutiny in the past day after a New York Times report that Peter Navarro, Trump’s trade adviser, warned in a memo in late January that the virus could put millions of Americans at risk and cost trillions of dollars. Susan Rice, a former national security adviser, told the Washington Post that Trump’s missteps “cost tens of thousands of American lives”. The president has repeatedly denied responsibility and sought to blame China, the Obama administration and the media. On Tuesday, with the US death toll exceeding 12,000, he unleashed a tirade at the WHO, even though it raised the alarm in January, after which he made statements downplaying it and comparing it to the common flu. “They’ve been wrong about a lot of things,” Trump said at the daily White House coronavirus task force briefing. “And they had a lot of information early and they didn’t want to – they seemed to be very China centric” – implying that the WHO had toed the line of Beijing’s early efforts to minimise the scale of the outbreak.
​

​
Coronavirus: The Road to Economic and Social Recovery; We will recover, but how will we know when? - Descartes Labs, a geospatial imagery analytics startup based in California has written an interesting piece on medium.com (link) on how we may be able to use big data to understand when the economy will begin to recover. Remote sensing refers to data collected from satellites, aircraft, and distributed sensors that can provide information about the earth and help us understand human activities at a macro scale. While it is possible to understand the economic consequences of coronavirus through news reports and surveys, remote sensing provides direct observations that can be aggregated on a large scale and automatically processed for real-time insights. Descartes Labs, has developed a set of tracking and monitoring tools that can be used by businesses to understand consumer and supply chain activities that are critically important to revenues which harness aggregated mobility tracking, location-specific activity tracking, regional NO2 tracking and supply-chain tracking.
​
Logistics Manager Editor’s Blog: Has COVID-19 shown we have an e-commerce problem? - The editor of Logistics manager magazine (which has a UK lean in the topics it covers) has written an article reviewing the ecommerce sector. “If there is an area of the economy that is thriving right now it the supermarket sector. Yet limited delivery slots meant that only 14.6% of households received an online delivery in the four weeks to 22 March, up from 13.8% in March 2019 but most-likely well below actual demand. The truth is that as much as the logistics sector likes to celebrate its considerable achievements in the migration to e-commerce, some businesses were too stuck in the tried and traditional ways of working to actually reach the peaks. COVID-19 will change well-understood behavioural economics. Consumers won’t be the same after a global pandemic the likes of which we have never seen in our lifetimes.” He argues that businesses must immediately fully adapt to ecommerce channel fulfilment or they will most likely fail to survive. We were quick to celebrate the achievements of the sector, particularly in replacing the 30% of calories consumed outside the home with sales in bricks and mortar supermarkets. We were quick to celebrate that existing e-commerce infrastructure did not entirely fall apart. Yet there wasn’t enough capacity to deliver food to homes that wanted it, and in some cases needed it. There were not enough drivers and not enough vehicles, even if the right volume of food was in the system.
​

​
The Easter Bunny Is An Essential Worker, New Zealand's Ardern Says - New Zealand prime minister has clarified (link) to the nation’s children that the government considers the easter bunny and tooth fairies as essential workers and are thus able to continue doing their jobs. Ardern announced the exemption in response to rampant speculation by New Zealand's youngest citizens, who had wondered how the coronavirus crisis might affect the traditional arrival of colorful eggs, chocolates and other treats. The prime minister however warned that in some cases, the pair might not be able to provide the level of service young people have come to expect. "So I say to the children of New Zealand, if the Easter Bunny doesn't make it to your household, then we have to understand that it's a bit difficult at the moment for the bunny to perhaps get everywhere," Ardern said.

Sharering (SHR) I believe this one is going to surprise so many. Already generating revenue and doing buybacks every week. Already over 10 000 registered users. Mainnet + app + masternodes and staking before EOY.

Get an Instant Cash Offer and trade in or sell your car at a local dealership. Start Your Offer. Certified Pre-Owned. CPO vs. Used: 3 Reasons to Buy Certified Pre-Owned. Buying a car is a big deal -- and saving money is a crucial aspect of any new - or used - car purchase. With that in mind, we're listing a few reasons why a certified pre-owned ... Addax Motors Limited is the registered Fiji used car Importer believing fair trade is the number one priority in doing business with buyers all around the world. And we are proud of doing business successfully having trust and faith on each other with our current business partners. South Africa World’s no.1 female lost love spells,Revenge caster Dr mutini osinde+27656121175 USA /Canada /Australia /UK /BELGIUM/ Singapore/ South Africa,iceland, seychelles. 03 Oct, 2020 South Africa +27656121175 POWERFUL LOVE SPELLS AND LOST LOVE SPELLS TO BRING BACK LOST LOVER IN USA,UK,FRANCE,CANADA,AUSTRALIA,NETHERLANDS,AUSTRIA 03 Oct, 2020 Search for new or used Cars in Fiji - Fiji's car4sale.com.fj THIS IS WHERE WE FIND YOUR DREAM CAR AT A PERFECT PRICE PLIZ CALL ON ANY OF THE FOLLOWING NUMBERS 1. 00679-3381263 2. 00679-3381704 3. 00679-9992725 4. 00679-9992762 ... Building we are more exuberant in receiving a cheque of $10,000 from the Managing Director of AUTOWORLD TRADING FIJI LIMITED Mr Ravindra Lal & family. ... 60.Kasabia Hardware ...

In this video I discuss whether you should buy or lease a car. So which is the better option? The truth is that there are two aspects to this decision. There... Counting down the top 10 most expensive and rarest cars on the planet. From new concept cars to extremely rare antiques, these price tags will blow your mind... Do you know what the least visited country in the world is?! My experience there was incredibly surprising. Get 2 months of Skillshare completely free by usi... (links below to upgrades) Hope this gives everyone a good inside of what goes on and helps you with your next purchase when buying a car, truck or any vehicl... Amazing video footage i took at the world trade center from the ground, observation deck and roof in the summer of 2001. I hope you like it and thanks for wa...